Mos Generator - Night of the Lords 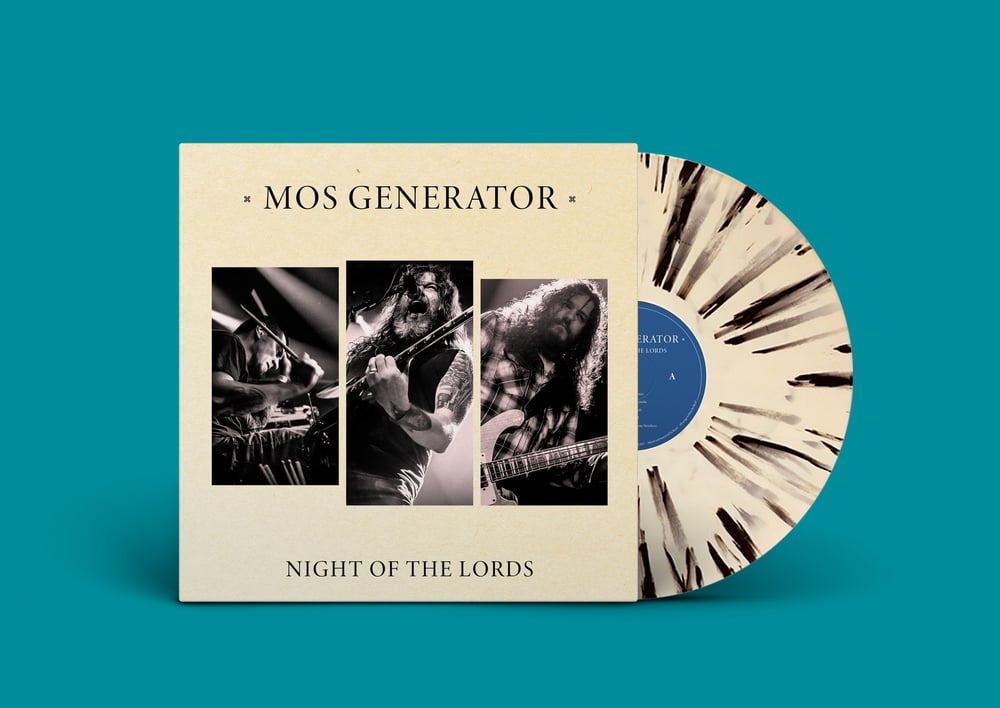 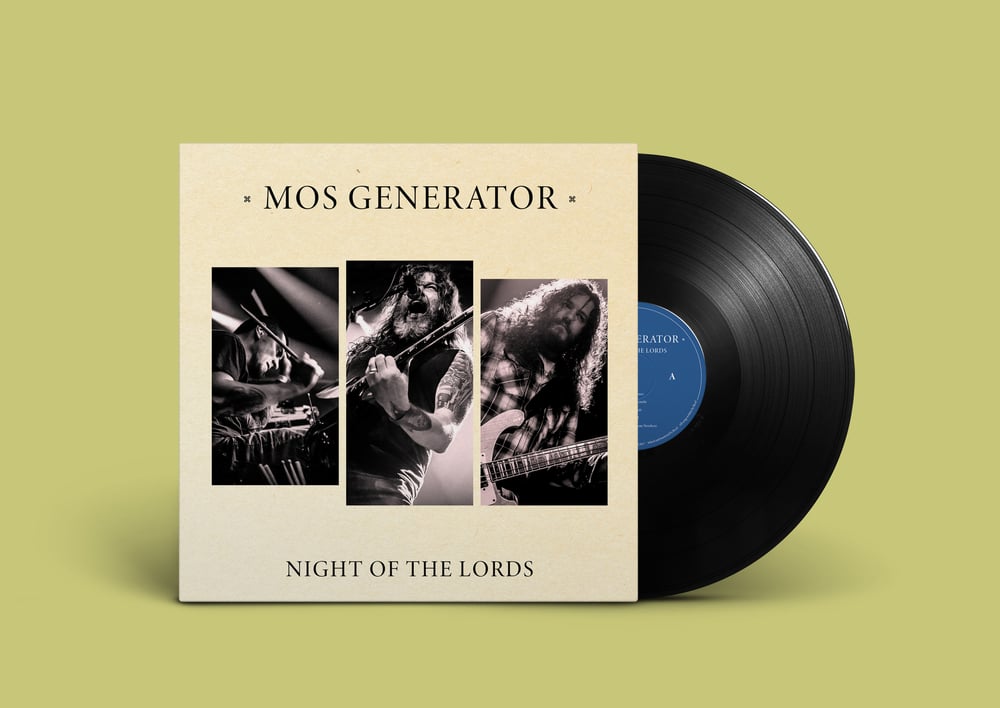 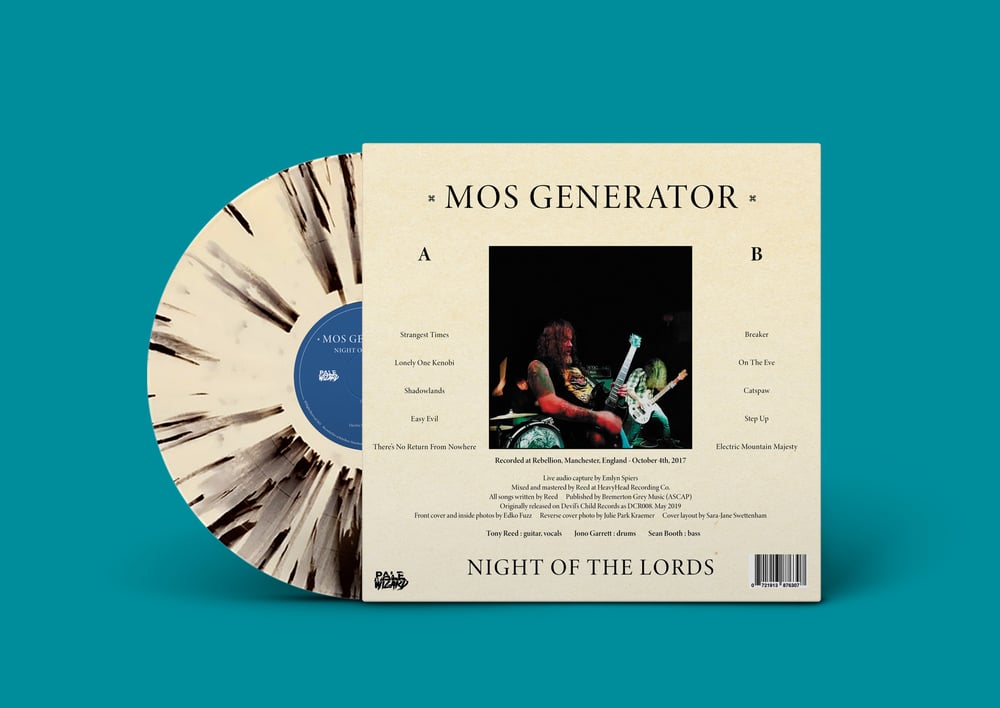 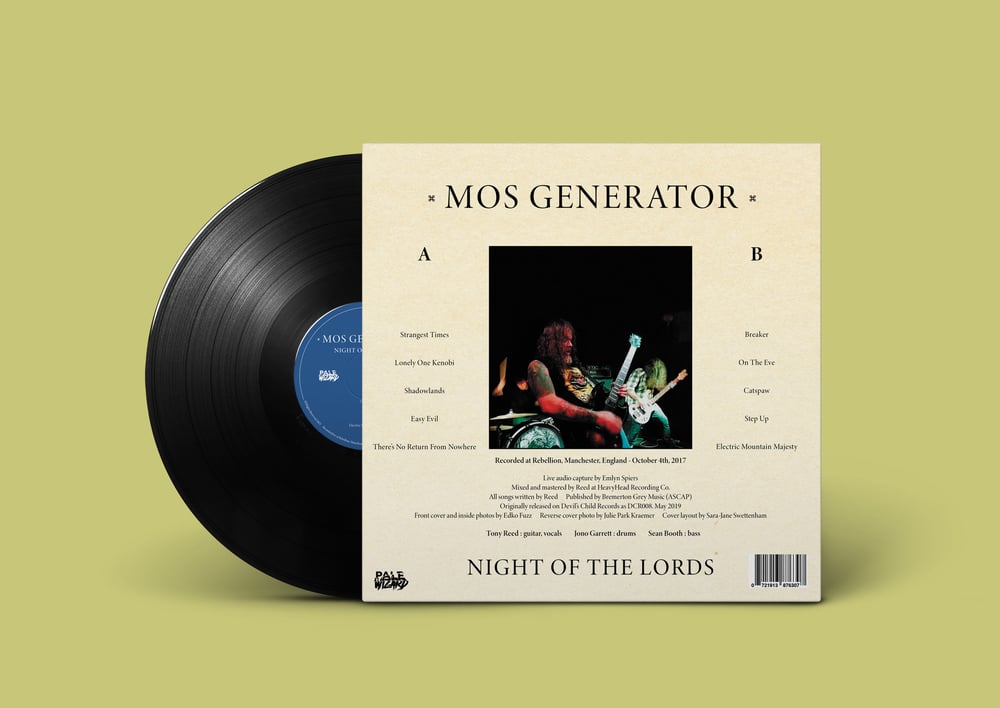 *US buyers - To save on postage you can buy directly from
https://heavyheadsuperstore.storenvy.com/products/31765285-mos-generator-night-of-the-lords-live-in-manchester-england-10-4-17

Many months after the European leg of the Abyssinia Tour was over, I was cleaning out my guitar case and found a flash drive that I had forgotten about. Upon inspection I realized it was a complete multi-tracked live performance, date and city unknown. After listening to some of the banter in between songs, I figured out that it was from Manchester England. There were some interesting additions to the set list that night. Easy Evil was a rarity in the set along with the opener Strangest Times. Shadowlands was performed at the show as well and we rarely play new songs before they have been recorded and released. All in all it was a blazing set that focused mainly on songs from Abyssinia, but also included a well rounded collection of songs from our previous albums.

In May 2019 Devil's Child Records released the show on vinyl with a small run of 100 copies and 1970s bootleg style packaging. This official "bootleg" release was a tribute to many of the unofficial records I have from the 70s on infamous labels like Trademark of Quality, The Amazing Kornyfone Record Label (TAKRL) and Wizardo. In the early days of bootleg vinyl they just glued a photo copied piece of paper on a white jacket and called it good. The inspiration for this layout came from a David Bowie bootleg called "His Master's Voice", one of the first bootlegs I ever owned.

As I am writing this, I am also doing a new mix of the show. Although I think the DCR mix was raw and captured the energy of the performance, I would like to tighten up a few things in the equalization of certain instruments. Nothing drastic, I just want to take advantage of the second chance that this recording is getting. There are two major differences between this version and the original pressing. The original pressing feautures the complete show but at the cost of some audio quality. The recomended maximum side length of a vinyl record is 18-20 minutes. The Devil's Child Records version clocks in at almost 25 minutes on each side. To deal with problem, and to keep the sound quality better across the whole album, I have ommited 2 songs. First to go is the Mahavishnu Orchestra / King Crimson medley on the end of side A. Then on side B I removed the "Jam" section from the middle of Step Up. This will bring a cleaner sound to the whole album.

Sergeant Thunderhoof / Tony Reed - Beyond The Pale: Volume One- Hounds of Love Edition
£20.00

Sergeant Thunderhoof / Tony Reed - Beyond The Pale: Volume One - The Dreaming Edition
£20.00

Sergeant Thunderhoof / Tony Reed - Beyond The Pale: Volume One December Will be Magic Again Edition
£20.00